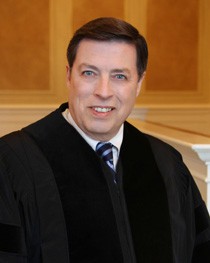 As any attorney in the great state of Arkansas should know by now, state Supreme Court Chief Justice Jim Hannah is stepping down on Sept. 1 for health reasons.

Hannah, who became chief justice in 2005, will be replaced for the remainder of his term by Howard Brill. Hannah’s term expired at the end of 2016 and Brill was appointed by Gov. Asa Hutchinson. Brill has been a professor for 40 years and a good number of us who received our law degrees at the University of Arkansas at Fayetteville well remember him. He’s a great educator and here’s hoping he also makes a great justice.

On Monday, Hannah released a farewell letter. Click here to read it.