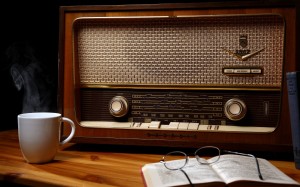 Another weekend is upon us, so it’s time to relax, unwind and generally take it easy until Monday.

While unwinding and all that, why not spend a few minutes and listen to this week’s installment in our oh-so-famous Legal OTR series? Once again, we’re dipping into the Case Dismissed files — a series that was developed by the Chicago Bar Association and aired way on back in 1954.

It was a well written series, albeit a bit overly dramatic and hammy at times. If you are a fan of both the legal system and old time radio, then you will love Case Dismissed.

Keep in mind that there aren’t a whole lot of episodes of Case Dismissed out there. However, we can thank the fine folks over at Old Time Radio Researchers Group for preserving and making available the 13 episodes we do have. That group is dedicated to the preservation of OTR programs

By the way, if you are on the hunt for your favorite old time radio programs and don’t want to spend a fortune, head on over to OTRCat.com. They’ve got a huge selection over there, unbelievably low prices (a mere pennies per episode), fast shipping and great customer service. And, yes, you can find the Case Dismissed series over there as well as a lot of other stuff.

Having said all of that, click the below player to listen to this weekend’s episode.