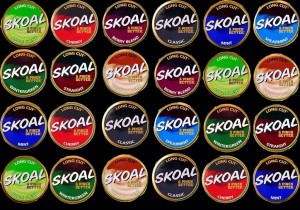 Centura Health — a hospital chain based in Colorado that operates 15 hospitals, six senior centers and several clinics in that state and Kansas – has modified its employment policy so that no one who tests positive for tobacco use will be hired by the company.

That policy goes in place on Jan. 1. To be fair, the company already prohibits drug and alcohol use for some time and continues to do so.

Oddly, such employment policies appear to be part of a trend going on across the nation. The zeal to crack down on tobacco use is so strong, in fact, that 29 states have passed laws that prohibit employers from discriminating against tobacco users in their hiring policies.

For the record, Arkansas has no such law on the books. Kansas doesn’t, either, but Colorado does – Colorado Revised Statutes Annotated § 24-34-402.5 provides that no employer can terminate someone’s employment for engaging in lawful activities off premises during nonworking hours unless there is a reasonable occupational requirement at issue or a conflict of interest exists.

We don’t even have to get into the bulk of the Colorado statute just mentioned because that relates to people being fired for engaging in legal activities when they are already hired by a company. It doesn’t address denying people a job in the first place.

In other words, it appears that one could get a job with Centura Health and then smoke cigarettes like crazy after they have been hired. If that same person tests positive for tobacco use during the applications process, then that individual will not be hired and the statute doesn’t address that situation at all.

The Denver Post pointed out that odd discrepancy in the Colorado statute and also reported that Mark Silverstein – legal director American Civil Liberties Union (ACLU) of Colorado – is justifiably concerned about the policy.

He pointed out that employers can and should be concerned with workplace performance, but what people do in their off hours that doesn’t affect how they do their jobs ought not be the concern of employers.

And when the ACLU wades into the middle of an issue, there is a decent chance that lawsuits will start flying.

Perhaps that is a good idea. It would be great to see how courts will rule on the notion that employers are justified in reaching so far into the legal, private affairs of potential employees.

This column was authored by Ethan C. Nobles and originally appeared in the Dec. 2, 2014, edition of the Daily Record in Little Rock.