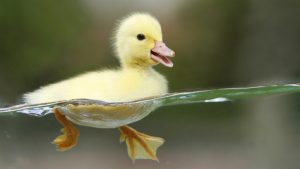 Ever since Arkansas voters passed the Arkansas Medical Marijuana Amendment of 2016, more than one employer has wondered what impact the law will have on the workplace.

Fortunately, the Arkansas Legislature gave us a lot of guidance on the new law in its most recent session. First of all, it’s important to point out that there are a still a lot of unanswered questions about the new law and Act 4 of 2017 delayed implementation of the amendment until May 8, 2017.

That said, an initial review of Arkansas law and of Act 593 of 2017 suggests that things will not change significantly for employers with regard to the new law, but there are some differences well worth mentioning. First of all, employers are absolutely forbidden from discriminating against any applicant or employee in hiring or firing due to the status as qualifying patient or designated caregiver. A patient, of course, is someone with a medical marijuana prescription (past or present) and a designated caregiver is someone (typically a family member) who assists the patient in ingesting marijuana.

However, Act 593 makes it very clear that an employer can prohibit someone in a safety sensitive position from being under the influence of marijuana. What is a safety sensitive position? One that requires carrying a firearm; performing life-threatening procedures; working with confidential information or documents pertaining to criminal investigations; working with hazardous or flammable materials, controlled substances, food, or medicine; or in which a lapse of attention could result in injury, illness, or death, including without limitation a position that includes the operating, repairing, maintaining, or monitoring of heavy equipment, machinery, aircraft, motorized watercraft, or motor vehicles as part of the job duties.

Interestingly, Act 593 does not prohibit employers from establishing and implementing substance abuse or drug-free workplace policies that include drug testing programs and taking action against medical marijuana patients that have used the drug at work or were under the influence of it at the workplace during work hours.

In short, employers will retain a lot of control over whether to allow medical marijuana patience show up under the influence of the drug at work. They can even fire employees who won’t leave marijuana alone while at work and can even refuse to hire applicants with a history of using the drug at work.

It does not appear, then, that things will not change a whole lot for employers — they generally frown on people smoking drugs at work and that will not change. It is clear that Act 593 prohibits employers from discriminating against medical marijuana users for what they do in their free time, but the drug can be excluded at work for all kinds of reasons. As if that wasn’t clear enough, the Medical Marijuana Amendment 98 §6(b)(2) states an employer does not require an employer to accommodate the ingestion of marijuana in a workplace or an employee working while under the influence of the drug.

In other words, not a whole lot has changed but employers need to make sure to enact hiring, firing and disciplinary procedures that are not discriminatory and make it clear to employees that a marijuana prescription does not mean they can show up under the influence of it at work. It would seem revamping those employee policy manuals is a good idea.

6 thoughts on “Medical marijuana in the Arkansas workplace”