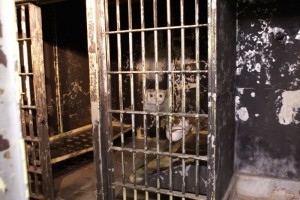 U.S. Sen. Elizabeth Warren (D., Mass.) took a couple of swipes last month at the Federal Reserve and other regulators for not tossing bankers in jail in the wake of the so-called financial meltdown of 2008.

Warren, during a Senate Banking Committee hearing, said settlements with some of the major banks blamed for the crisis didn’t do enough to punish those institutions, the Wall Street Journal reports. The Justice Department reached civil settlements with Bank of America ($16.65 billion), J.P. Morgan Chase ($13 billion) and Citigroup ($7 billion).

According to Warren, throwing those responsible for the crisis behind bars instead of simply getting companies to pay billions of dollars would deter lenders from engaging in reckless lending practices in the future.

And what reckless practices were those? Back before 2008 when subprime mortgages were all the rage, taking out a mortgage was pretty easy. In fact, it was alleged that just about anyone with a job and a pulse could get a mortgage back then and banks weren’t overly concerned about whether borrowers could pay back their loans.

Why didn’t they care? J.P. Morgan and other major lenders have been accused of falsely enticing investors to sink their money into securities backed by those questionable mortgages. In other words, local banks didn’t much care about a borrower’s ability to pay back a mortgage because those loans were simply sold into the secondary market.

Let’s say there was a local lender called Bob’s Mortgage Bank. The bank got involved in subprime mortgages and wrote as many of them as possible because Bob and his crew knew that they could simply sell them into the secondary mortgage market that was being promoted by larger banks. Bob’s Mortgage Bank stood to make a lot of money in a hurry regardless of whether the subprime loans were stable or not.

That is the dominant theory about what went wrong in the subprime lending market, at least.

What is interesting about Warren’s tirade against bankers is that it rather ignores a lot of what made the subprime lending market so attractive in the first place.

I visited with a mortgage banker at an Arkansas bank around and she told me there was a lot of pressure from customers and shareholders to get involved in subprime mortgages. The bank refused to get involved because officials there viewed the loans as potentially harmful and stayed away from them.

As it turns out, the officials at that bank had it right. But how many banks bowed to pressure from borrowers and shareholders to offer what was a very popular product at the time?

Fortunately, some of the larger banks in Arkansas stayed out of the subprime mortgage lending industry and we are better off for that. Still, what is done is done and one might argue that Congress might better spend its time discussing laws to curb more creative lending practices than jailing bankers from institutions that have been accused of bad acts and have settled with the Justice Department.

This column was authored by Ethan C. Nobles and originally appeared in the Sept. 16, 2014, edition of the Daily Record in Little Rock.