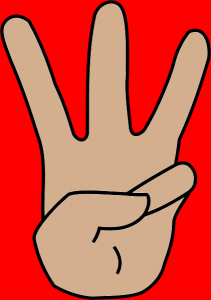 Back in November, Arkansas voters passed a ballot initiative that caught some people by surprise because of its provision that effectively lengthens term limits.

I’m talking, of course, about Issue #3 which was trotted out as an ethics bill. There are some provisions of the law that are not terribly surprising – former legislators can’t register as lobbyists until two years after they have left office, a lot of gifts directly to lawmakers are prohibited, etc.

The most controversial element of the bill is the one that sets term limits for legislators to 16 years. Under an Arkansas constitutional amendment passed in 1992, state representatives are limited to three, two-year terms and senators are limited to two, four-year terms. Under that amendment, for example, a representative could burn through his or her three terms and then seek an additional couple of terms in the state Senate. In other words, a legislator could effectively hang around for 14 years.

At any rate, there has been plenty of complaining about Issue #3 because if does radically alter term limits in the state.

But, here’s the thing – that might not too bad for those who are primarily interested in curbing the power of lobbyists.

Years ago, I heard an address by an Arkansas lobbyist who shall remain nameless. That particular lobbyist claimed that term limits were a good thing because they led to plenty of turnover in the Arkansas Legislature and new representatives and senators were not as familiar with pressing issues as legislators who had been around for awhile.

That particular lobbyist was glad of the opportunity to “educate” those new legislators about issues that are important to the people who hire lobbyists and send them to the state capitol.

Expanding term limits, then, may mean there are fewer freshman legislators around for lobbyists to run up and educate. If you are one of the people out there that would love to see the influence of lobbyists reduced, then Issue #3 may be a blessing in disguise.

The groups who oppose Issue #3 because of the term limits issue have made the claim that the title of the law is misleading. It promises to impose term limits when, in actuality, it lengthens the time elected officials can stay in office.

They may have a point, and one that should be investigated at length. However, they might also consider that there is something to be said for allowing legislators to be in office long enough to not have to rely on lobbyists to form their opinions on issues they will have to vote on as part of their job of representing the views of those of us who send them to office.

This column was authored by Ethan C. Nobles and originally appeared in the Jan. 13, 2015, edition of the Daily Record in Little Rock.