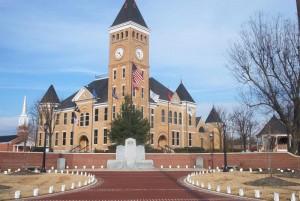 Ever since I was in college in the 1980s, it seems that the popular notion was that there are too many licensed attorneys running loose. The notion, of course, is that it would be a waste of time to become a lawyer because there are too many out there already and the competition among them is fierce.

However, a good, hard look at the numbers reveals that the so-called glut of lawyers hasn’t exactly materialized in Arkansas. There is a darned fine chart over at LawSchoolTuitionBubble.Wordpress.com that shows the number of active and resident attorneys in each state, compares that figure to the total population and then reveals how many lawyers there are per 10,000 residents in each state.

Here’s the good news for Arkansas. The aforementioned chart places Arkansas 51st out of the 52 states covered (Puerto Rico and the District of Columbia are counted as states in the calculation). The only state in the nation will fewer attorneys attorneys than Arkansas is South Carolina with 20.07 per 10,000 residents.

The District of Columbia topped the chart with 803.28 attorneys per 10,000 residents. That ridiculously high figure makes a lot of sense considering all the politicians, bureaucrats, and etc. in Washington. New York come in a distant second with 84.63 attorneys per capita.

Regardless, that data does reveal some good news for Arkansas attorneys. Fewer attorneys per capita means less competition and more opportunities for lawyers to pull in clients and make a living.

Bear in mind, too, that that 20.12 lawyers per 10,000 residents average doesn’t hold up in many rural areas of Arkansas where one could argue there is a shortage of attorneys. A lawyer looking to set up shop could do worse than to wind up in one of those underserved communities.

Audience: How cold is it?

Wacky Jokester: So cold I went uptown and the lawyers had their hands in their own pockets.

This column was authored by Ethan C. Nobles and originally appeared in the Nov. 25, 2014, edition of the Daily Record in Little Rock.