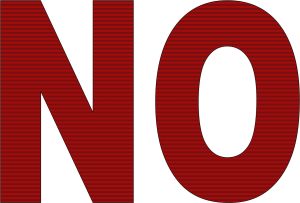 The New York Times, earlier this month, reported that there is a movement to get rid of bans in Arkansas and seven states that prohibit atheists from running for public office.

While this Southern Baptist boy agrees that such laws should be done away with because they are embarrassing, I think it is also important to point out that those laws have no legal effect. Once upon a time, there was a bookkeeper named Roy Torcaso who refused to declare that he believed in God in order to become a notary public in Maryland.

He filed suit, went through the appeals process and his grievances were heard by the U.S. Supreme Court in 1961. The court sided with Torcaso, saying neither a state nor the federal government can force a person to profess a belief or disbelieve in any religion.

Seven states – Arkansas, Maryland, Mississippi, North Carolina, South Carolina, Tennessee and Texas – still have laws on the books banning atheists from holding public office and, in some cases, even testifying in court. The national Openly Secular coalition has formed for the express purpose of getting rid of those bans.

Here in the Natural State, Arkansas Constitution Section 19, Article 1 states that “No person who denies the being of a God shall hold any office in the civil departments of this State, nor be competent to testify as a witness in any Court.”

That prohibition may have held up when the Arkansas Constitution was drafted in 1874, but in 2012 it seems more than a bit out of place. Still, it is unenforceable and there has been no question about that since the U.S. Supreme Court made that clear back in 1961.

In that regard, the ban on atheists has about as much impact these days as those zany, outdated laws that people like to chuckle at from time to time (you know – the ones about prohibiting people from walking cows down the street after 1 p.m. and such).

Actually, you don’t have to stray to far from the atheist ban in Arkansas to find another outmoded law. Section 19, Article 2 bans people who participate in duels from serving in public office. You don’t see any groups organizing to get rid of that law, however.

Regardless, one can only imagine that the Openly Secular bunch is attacking atheist bans because of what they represent – a society that doesn’t much care for people who don’t believe in God. Should they be successful in getting Arkansas and those six other states to drop their bans, their victory will be a symbolic one but perhaps that is enough for the members of Openly Secular.

Openly Secular may have a tough row to hoe, however. An attempt to get rid of the atheist ban got nowhere with Arkansas legislators in 2009. That should come as no surprise – if the ban is in no way enforceable, what politician would risk the controversy that could come form leading the charge to get rid of it?

This column was authored by Ethan C. Nobles and originally appeared in the Dec. 23, 2014, edition of the Daily Record in Little Rock.

2 thoughts on “Atheists pushing to end ban in Arkansas, seven other states”