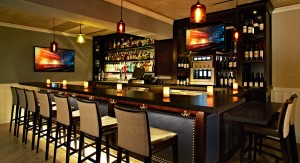 Bloomberg Business reported that the national mean score for the July 2015 multiple choice section of bar exams across the nation was 139.9 – the lowest reported in at least 25 years.

The National Conference of Bar Examiners has resorted to blaming students, claiming that a lot of schools are lowering admission standards and the result is that less talented students are taking bar exams these days.

I’m not sure I agree with that assessment at all.

What is Common Law? Loosely defined, we’re talking about case law and statutes that governed England and the American colonies prior to the American Revolution. Our legal system is still rooted in common law, but statutes and regulations have changed things quite a bit over the past couple of centuries.

Take burglary, for example. Under common law, burglary is defined as breaking into a dwelling at night with the intent to commit a felony therein. Under modern standards, such a definition is ridiculous – a burglary could only be committed at night against a residence.

Compare that definition to Arkansas Code Annotated §5-39-201, which defines burglary as entering or remaining in a residence or commercial property for the purpose of committing any offense punishable by imprisonment. Oh, the time of day someone commits a burglary doesn’t matter one whit.

The point of all this is that most law students spend their time learning state and federal statutory and regulatory laws. Sure, there is some time spent dealing with pure Common Law, but studying that law become less and less relevant as the years pass. Sure, Common Law still helps define tort and contract law, but even those areas have been modified by statutes and regulations over the years.

In fact, it may well be that the only time law students spend a significant amount of time focusing on Common Law is during their bar exam preparation classes. When a law student is shown a bunch of Common Law, it may well seem foreign because we are so far removed from the days when our judicial system rested almost exclusively on the laws we inherited from England.

In that environment, it may well be that the subject matter used on the multistate exam has a lot to do with dropping scores. Claiming scores are falling because less talented students are taking the bar exam these days may be the easy way out of addressing a deeper problem.

This column was authored by Ethan C. Nobles and originally appeared in the Oct. 20, 2015, edition of the Daily Record in Little Rock.