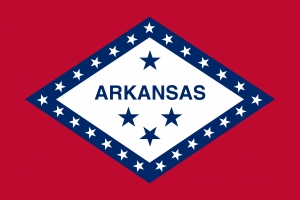 I am not sure how many people noticed, but there has been something of a trend forming over the past year in which state attorneys general refuse to defend laws from their own states.

A very recent case provides a good illustration of what seems to be happening in several states. A Pennsylvania law gives the National Rifle Association (NRA) and other “membership organizations” standing to challenge local gun regulations.

Typically, you have to have standing to sue if you can demonstrate you have a close connection to the law or action challenged and will or have suffered harm from the action or law challenged. Groups like the NRA have historically had problems establishing standing – the mere fact it has a lot of members isn’t enough to establish closeness or potential or actual harm.

Another way to get standing is for the law to provide it. That is exactly what the Pennsylvania law does.

That law has been challenged in a suit filed by state lawmakers and three cities in Pennsylvania, but Attorney General Kathleen Kane has refused to defend the law. That brings up an interesting question – can an attorney general actually refuse to defend a state law because he or she doesn’t agree with it?

We’ve seen attorneys general answer that question in the affirmative all year long. A good number of those lawyers have refused to defend bans against homosexual marriage, citing everything from the constitutionality of those bans to the fact they believe those marriages should be legal.

Here in Arkansas, we have a state constitutional amendment that was approved by voters in 2004 and defines marriage as being between a man and a woman. That law has been challenged and state Attorney General Dustin McDaniel said earlier this year that he will do his job and defend against any challenges to that law.

That would not be a surprise if McDaniel himself believed that the ban on homosexual marriage was a good idea, but that is not the case at all.

“I want to tell you I do support marriage equality, and I do believe Arkansans should have the right to be equal in the eyes of the law,” he said in May. “I’m going to zealously defend our constitution, but at the same time I think it’s important to let people where I stand on the matter.”

McDaniel went on to say that he doesn’t believe his personal beliefs should dictate what laws he should or should not defend as the Arkansas attorney general.

And he is completely correct in that regard. The attorney general is the one who is supposed to defend the laws of the state that pays him or her to represent it. Personal views aside, failing to do that job borders on unethical (and may, in fact, put a lawyer right in the middle of an ethics problem).

Whether state laws are right or wrong is a matter to be determined by the courts system and not an attorney general who was elected to represent his or her state and its citizens in those courts.

This column was authored by Ethan C. Nobles and originally appeared in the Dec. 30, 2014, edition of the Daily Record in Little Rock.