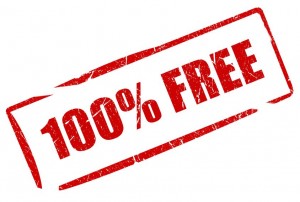 It is an established fact that a good credit report is important for those of us who don’t have thousands of dollars lying around to plop down on houses, cars and other major purchases.

But, it seems a lot of people don’t know how easy it is to access their credit reports and dispute any items that aren’t correct. Incorrect entries are common on credit reports and getting rid of them can make the difference between getting a loan and not getting one.

While it’s very likely that most people have seen a television ad or two promising consumers they can pull credit reports for free, those services often come with a few unsavory strings attached. Fortunately, the federal government has managed to do something useful by allowing consumers to pull their credit reports once a year.

People wanting to pull their credit reports should point their Internet browsers to annualcreditreport.com or call (877)322-8228. Those reports are generated by the three major credit reporting bureaus – Experian, Equifax and TransUnion.

Those reports don’t show credit scores, but they do show all transactions that lenders see when reviewing an applicant’s credit history. Consumers, then, can see the good, bad and ugly in their credit histories. Perhaps more importantly, they’ll also see the inaccurate.

Legitimately bad items on a credit report can be cured over time, but inaccurate items should be disputed as soon as possible. There are times that debts that were paid, lawsuits that were settled and other items simply aren’t reflected accurately in reports.

Each credit bureau has a dispute process in place and consumers can take advantage of them by either sending letters or filing forms online. Once a credit reporting bureau is informed of a dispute, it is obliged to investigate and keep the consumer involved of the findings.

Since inaccurate items are fairly common, it makes sense to pull credit reports once a year and see what it is in them. An inaccurate, negative item could be just enough to keep a creditworthy consumer from getting a mortgage so it is important to deal with such problems before applying for a home loan.

It is very true that lending standards are, for the most part, stricter than they were a few years ago. Ultimately that’s a good thing as consumers are not encouraged to borrow too much money and get in over their heads.

It is also true that a lot of people do have some items – accurate or not – that decrease their chances of taking out loans. The worst thing a consumer can do about those negative items is ignore them. Dispute them if they are not accurate or take steps to deal with legitimately negative items, but don’t simply hope they’ll vanish over time.

This column was authored by Ethan C. Nobles and originally appeared in the June 9, 2015, edition of the Daily Record in Little Rock.