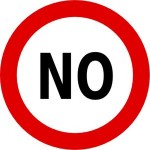 There are times when reading about lawyers going through disciplinary actions is both enlightening and entertaining – we learn what not to do and get to wonder why some attorneys thought they could get away with some things they have tried.

Take, for example, the incredibly strange case of California attorney Svitlana Sangary that was reported by the American Bar Association in mid-September. It seems that Sangary decided that her business would benefit from some celebrity endorsements. But what do you do if you can’t get any of those endorsements?

Apparently, you get a bunch of pictures of celebrities and insert yourself in them with Adobe Photoshop. It’s worth mentioning that Sangary’s site with pictures of her with everyone from Hillary Clinton to Paris Hilton has been taken down, those used to be available at her home site (which is now conveniently under construction).

Another thing worth mentioning is that it appears Sangary had started posting her fraudulent photos around December 2012 and wasn’t hauled in front of the State Bar Court of California bar court until June. After hearing the evidence in the case, the judge recommended that she be suspended for six months for engaging in deceptive advertising. That suspension could turn into two years if she doesn’t meet some requirements such as passing an ethics exam.

Here’s what is hard to fathom. Why on earth would Sangary think she could get away with such advertising? Why didn’t she try to mitigate her punishment by cooperating with the bar court instead of refusing to provide documents or even testify in court?
Another fun thing about this case is that Sangary said she had a First Amendment right not to testify. Unless things have changed since I was in law school, the Fifth Amendment is the one that gives people the right to remain silent and not incriminate themselves. Of course, raising a Fifth Amendment defense when there is virtually no chance of incrimination seems to be an odd way to go, too.

Anyway, if a lawyer does something that egregious, how does that attorney come back from that? A lawyer’s reputation is very important and once that is gone it is probably gone for good. In fact, reputation is one of the most valuable assets a lawyer has. Throwing that away over some short term promotion is downright bizarre.

This column was authored by Ethan C. Nobles and originally appeared in the Sept. 23, 2014, edition of the Daily Record in Little Rock.