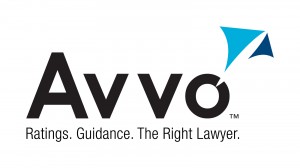 Back in the mid-1990s, attorneys mostly saw the Internet as a way to post static pages and attract clients.

Obviously, online services have developed since then that offer a lot of benefits – and a few disadvantages – to attorneys. Facebook, for example, is great for domestic relations attorneys as some people will post darn near anything on there.

If a lawyer is representing a wife in a divorce case and her husband is running around posting photos of his trip to the lake with his new girlfriend, that information could be worth its weight in gold. On more than one occasion, I’ve seen Facebook activity posted by a client that made me want to throw things and wonder if people understand that anyone with an Internet connection can easily access negative information about someone who has no trouble letting everyone know just what the heck they are up to at any given time.

And, how about that personal information that hackers extracted from that “cheat on your spouse” site known as Ashley Madison? The database naming users is all over the place. I have a copy and have checked it a time or two to check and see if someone involved in a domestic relations case of mine is up to no good.

While there is a lot of information out there that can help or hurt a case, there is a problem with some sites that could actually harm an attorney’s career. Not too long ago, an attorney I’m familiar with called and said that a former client posted a negative review about the lawyer on Avvo.com – a legal services site that does offer people the chance to anonymously rate lawyers.

The attorney claimed the review popped up after the former client refused to pay a bill. I became concerned as I now represent that particular client and like the idea of getting paid and not having to deal with negative reviews. I learned from the irate attorney who called me that a lot of people read those reviews on Avvo, so a negative one can cause some real harm to a law practice.

The client at issue claimed to know nothing about the review, leaving the angry lawyer with a problem – what can be done about a negative review? The aggrieved attorney can ask for the review to be removed, but there is a real problem if Avvo won’t do that and if the person who wrote the review won’t own up to it.

Typically, a lawyer upset could sue a former client for defamation, but is Avvo obliged to turn over user records if an attorney wants to learn the identity of people who have been posting negative reviews? Yelp.com – a company allowing consumers to review various businesses across the nation – gets requests for the identity of anonymous posters regularly.

So far, Yelp has held its own against such requests and court actions and has been quite good at protecting the identity of reviewers.

In other words, a lawyer who believes a former client has posted a negative review on Avvo or somewhere else may have trouble identifying who to sue for that review.

It seems that new legal challenges show up as the Internet expands and more functionality is added. Expect to see the courts develop some law in the years to come on how to handle conflicts between professionals and anonymous consumers posting negative reviews.

This column was authored by Ethan C. Nobles and originally appeared in the Sept. 29, 2015, edition of the Daily Record in Little Rock.