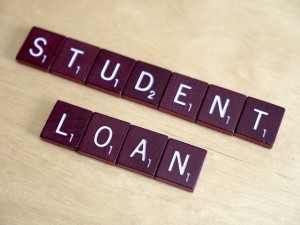 With all the talk about how people are struggling with student debt, it seems only natural for folks to try to find ways to get out from under it.

First, here are a few facts to consider about student loan debt. In February, Forbes reported that the total outstanding student loan balance in the United States had reached $1.08 trillion and 11.5 percent of that was at least 90 days delinquent or in default. That 11.5 percent delinquency rate was the highest among all forms of consumer debt and it has risen consistently since 2003.

The conventional wisdom, then, has been pretty clear – you can’t get rid of your student loans, so pay them back or bad things will happen to you.

Regardless, a 2011 paper by Harvard Law School alum Jason Iuliano titled An Empirical Assessment of Student Loan Discharges and the Undue Hardship Standard makes the bold assertion that a lot of people could discharge student loan debt in bankruptcy court but don’t even try.

Granted, it is no walk in the park to discharge student loan debt. A debtor that tries to do that must prove that paying back that debt would impose an undue hardship on them. The debtor must also file an adversarial proceeding against the student loan agencies at issue and prove up the hardship claim in a hearing separate from the overall bankruptcy case.

Iuliano’s research found that 69,000 people who filed for bankruptcy in 2007 would have had a good shot at getting their student loans at least partially discharged, but only 300 people actually sought such a discharge.

If Iuliano is right, that is a staggering fact. Still, it is important to keep it in perspective. Out of all the people carrying student loans that file for bankruptcy every year, 69,000 is an incredibly small number.

But Iuliano’s research is compelling in that it may put a dent in the conventional logic that suggests student loans are impossible to discharge. A person who is drowning in student loan debt and filing for bankruptcy might want to take the time to ask his attorney about what the undue hardship is and whether it might help someone get out from under that debt.

This column was authored by Ethan C. Nobles and originally appeared in the Sept. 9, 2014, edition of the Daily Record in Little Rock.