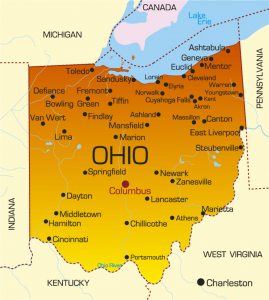 Ohio State University Law Professor Deborah Jones Merritt did some research and found out that about 25 percent of attorneys admitted to the bar in 2010 weren’t practicing law at by the end of 2014.

I am not sure how things are in Ohio, but I couldn’t help but think that kind of number would be overly surprising in Arkansas. As it turns out, there are a heck of a lot of attorneys in Arkansas who don’t wind up in a long term practice.

Director of Career Service Susan Schell at the University of Arkansas School of Law said a good number of students who get a legal education have no intention of ever practicing law in the traditional sense. A lot of those attorneys go on to do things such as spending their days making sure businesses are in compliance with state, federal and local laws – the types of things that require people trained in the law, but not necessarily trial lawyers.

A good number of people in those more administrative roles do pass their bar exams and maintain attorney’s licenses, but can it be said they are practicing law? That is a debatable point and a bit of a moot one – Schell said a law degree is often sought by people wanting a good, general purpose education that can be adapted to a number of things.

A good number of journalists, bankers, chief executive officers, human resources directors and other professionals have law degrees and are clearly not practicing law as most people know it. As a testament to how useful a law degree can be outside of the legal profession, the University of Arkansas has for years offered a program that allow students to complete a juris doctor and a master’s degree in business administration (MBA) at the same time.

Another factor to consider, Schell said, is that people tend to change their minds about what they want to do after practicing law for a few years. Some folks love it, others hate it. Those who hate it tend to wander into other fields after a few years of practicing and have found that their legal education has served them well in other pursuits.

Looking back to the 1990s when I was in law school, I’d say that Schell is right. I well remember a lot of members of my class at the UA School of Law had no interest in practicing law at all and even more of them got sick of it and a hurry and went on to other things.

As for the 25 percent figure, Schell said that seems a bit high but isn’t too surprising. She guessed that about 15 percent of attorneys in Arkansas wind up not practicing after four years, but that figure tends to fluctuate.

In other words, the Ohio report appears to shed some light on something a lot of us have suspected for some time – getting a law degree does not necessarily mean someone will make a living as an attorney or will even want to do that. It is a good degree to have because it is versatile and, for that reason, has an inherent value.

This column was authored by Ethan C. Nobles and originally appeared in the March 24, 2015, edition of the Daily Record in Little Rock.