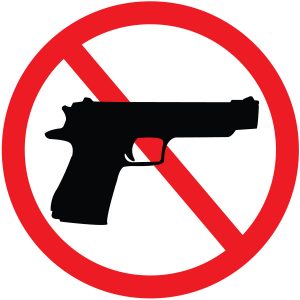 Over the past few years, a few groups have been vehemently advocating doing away with the Second Amendment.

A bunch of shootings, of course, have given rise to calls to pluck that amendment – which guarantees the rights of Americans to own firearms – out of the U.S. Constitution. The logic thrown around is that we’d all be better off without private gun ownership and the Second Amendment is a major stumbling block to ushering in the day when no one but government officials are allowed to carry weapons.

Regardless of which side one falls on in the ever-going, national gun control debate, I would hope reasonable people would agree that doing away with one of the amendments in the Bill of Rights is a horrible idea. Think of the precedent such a move would set – if we can simply change the constitution and eliminate the right to keep and bear arms, what’s to prevent an effort to eliminate other protections that citizens have from the government?

After all, the First Amendment guarantees the right of people to engage in free speech that might incite people to riot, the Fourth Amendment delays the efforts of law enforcement by prohibiting unreasonable searches and seizures, etc. One could argue we’d be a lot safer if there were fewer bothersome amendments that protect people from government actions that cut down on individual freedoms guaranteed in the Bill of Rights.

Of course, failing to protect people from government power generally leads to the establishment of a terror-filled police state, but that’s another matter entirely.

The point is that the Bill of Rights was put in place for a reason, and eliminating certain amendments from those original 10 for the sake of convenience or because they are considered obsolete clearly violates what the Founding Fathers had in mind when they put the Constitution in place.

Still, one thing to worry about is certain groups essentially doing an end-run around the Second Amendment by filing lawsuit after lawsuit in an attempt to have the U.S. Supreme Court interpret what that amendment actually means. Supreme Court justices – over the years — have essentially interpreted the 10th Amendment to mean nothing, so what’s to keep them from doing the same thing to other amendments?

The 10th Amendment, remember, states that the federal government retains only those powers expressly granted to it by the Constitution while the states reserve everything else. Regardless, federal power has grown substantially over the years and 10th Amendment challenges to that increasing authority almost always fail miserably.

For those concerned about Second Amendment rights, it is important to understand that repealing that amendment is not the only way to render it almost worthless.

This column was authored by Ethan C. Nobles and originally appeared in the Dec. 7, 2015, edition of the Daily Record in Little Rock.