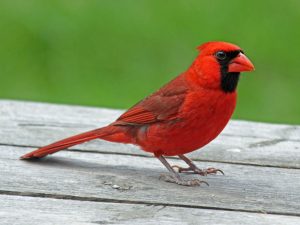 I’ve got to hand it to the folks who came up with what I’ll call the “ISEA AB” scam — those folks sure do work hard to trick attorneys and presented my office with the most realistic scam I’ve yet seen. Before getting into everything, it’s important to point out that both ISEA AB and Cardinal Health are legitimate companies — neither company is to blame for the nasty tale that follows. A scammer is out there using the names of both companies to rip off people, however.

A few weeks ago, I received an email through the contact form on this site asking if Nobles Law Firm would be interested in doing a purchase agreement. The sender claimed to be from ISEA AB, a company in Sweden, that was selling $9.73 million in property to the Cardinal Health office in Little Rock.

That was an odd request, of course, for a number of reasons. First of all, Cardinal Health is a legitimate company that certainly has retained local counsel for such transactions. Second, there are a lot of attorneys in the area who have handled transactions just like the one ISEA mentioned for years. What would ISEA look to hire a Benton lawyer who can certainly write up a purchase agreement, but who isn’t exactly known throughout the region for dealing with such things?

Still, if ISEA was willing to put up some cash for a purchase agreement, that was fine with me. I sent along an attorney-client agreement with a fee attached and it was quickly signed and returned. ISEA then wanted my firm’s account information so that Cardinal Health could wire $496,885 to my trust account — part of that was to be my fee, the rest was to be part of the purchase price for ISEA. That sent up red flags all over the place, so my office informed ISEA that we’re not handing out any account information, but would accept a check.

Within a week, we received a cashier’s check for $496,885 that was apparently from Cardinal Health along with instructions to put together a purchase agreement between ISEA and Cardinal Health, deduct my fee from the check, and to send the rest of the cash to ISEA.

Instead of running over to the bank with the cashier’s check, we called Cardinal Health and asked to speak to the guy that ISEA said was involved in the transaction. He wasn’t around, but his assistant was. We learned that the check was fake, the transaction was a fraud and that the FBI was working with Cardinal Health to crack down on variations of this particular scam that had been going on throughout the nation.

Once again, the old maxim that should guide all lawyers out there proved useful — trust, but verify. Another old maxim comes into play here, too — if something appears too good to be true, it probably is. Had we deposited that cashier’s check and then sent money to the guy who claimed to represent ISEA, we would have had a huge mess once that cashier’s check bounced.