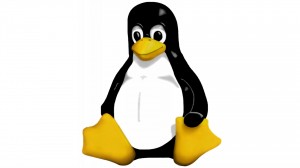 One of the major problems with advances in technology is that equipment that is adequate today might be obsolete in a hurry.

When equipment goes from the “useful” to “obsolete” category, what can be done with it? In the case of computers, a lot of those old systems can be made useful again for free with a little bit of time and effort.

The problem with a computer, quite often, is that increasing operating system and software requirements bog down old hardware to the point that the aging system simply can’t do what you want it to do. A lot of the time, that sluggish old computer can be sped up considerably by simply replacing the operating system with a Linux distribution.

Linux, of course, is a free operating system that has a reputation for running well on computers with less-than-stellar specs. Also, Linux disros generally come packaged with office suites, Internet browsers and a lot of other software you will need straight out of the box. Of course, there are some programs that simply won’t work under Linux. If you are using Intuit QuickBooks, you can forget about porting that over to Linux. The same goes for the Microsoft Office suite.

But, there is some good news in that most Linux distros these days come with LibreOffice, Apache OpenOffice or equivalent suites that are fully compatible with Microsoft Office. Those open source packages are free, and there are some good accounting packages for Linux that are also free and can be found through a little research.

One problem with Linux is that there are so many variations available that settling on one can be tough. What you will want to find to get the most out of your old hardware is something that has a simple, clean graphical user interface and is easy to use.

Everyone should be familiar with a graphical user interface. That is simply the icon-filled desktop that allows the user to launch programs and interact easily with the computer. There are some very flashy ones available through Linux distros, but those are best ignored if you are looking to maximize the efficiency of old hardware.

Back in 2009, my wife gave me a Compaq Mini 110c netbook that came installed with Microsoft Windows XP. That was fine for a time, but the limitations of the hardware in that netbook became apparent in a hurry. Rather than toss out the netbook, I simply replaced Windows XP with Xubuntu Linux – a distro that has almost all of the software one might need built right in and features a desktop that acts a heck of a lot like Windows XP. It is also one of the easiest Linux distros to install. The operating system can be downloaded from http://Xubuntu.org and installation instructions are listed there, too.

Instead of tossing out that netbook, then, I’ve got a very portable and rugged little system that has allowed me to get a lot of work done on the road over the years. Having a computer that is so useful is certainly better than having one that wound up in a landfill because it got a little old.

This column was authored by Ethan C. Nobles and originally appeared in the Aug. 26, 2014, edition of the Daily Record in Little Rock.