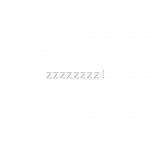 If you’ve ever wondered why some people consider lawyers to be boring, this column may shed some light on that particular allegation.

Lawyers tend to get obsessively bogged down in details, but there’s a reason for that – those details can make the difference between a complete mess and something that is done correctly.

Take a phone call I got a couple of weeks ago from a friend of mine, for example. He was wondering about an irrevocable trust that was formed by his father a few years ago. My friend and his siblings were all beneficiaries of the trust, and the property of that trust were to be enjoyed during the lifetimes of the settlors – the father and his wife.

That was a pressing question for my friend because the soon-to-be new wife is quite a few years younger than the father. If the trust expired upon the death of the new wife, then there was the fear she would outlive the father by several decades and essentially burn through all the trust property.

I told my friend that he was probably in luck because Ark. Code Ann. 28-73-402(a)(3) clearly states that beneficiaries must be clearly identified. Throw in a little case law – Arkansas Annual Conf. of the AME Church v. New Direction Praise and Worship Center, 375 Ark. 428 (2009) – and we learn that courts rely heavily on the notion that beneficiaries must be identified and known at the time the trust was drafted.

Still, families do tend to fight over money and property and you never know for sure what a court is going to do. The safest thing for my friend, his siblings and their father to do would be to modify the irrevocable trust to make sure all parties are clearly identified. While it is true you can’t go fooling around with an irrevocable trust on a whim, it is also true that Ark. Code Ann. 28-73-411(a)(1) states that such a trust may be modified or terminated upon consent of the settlor and all beneficiaries (if anyone objects, then the court can be called in to settle the issue and that’s when things start to get expensive).

Since everyone was in agreement that the new wife should not be made a settlor, a modification made a whole lot of sense.

See? Boring, but it is very important to advise clients on how to form trusts or deal with ones that were poorly drafted. Obsessive attention to detail, then, can be a good thing.

This column was authored by Ethan C. Nobles and originally appeared in the Sept. 8, 2015, edition of the Daily Record in Little Rock.