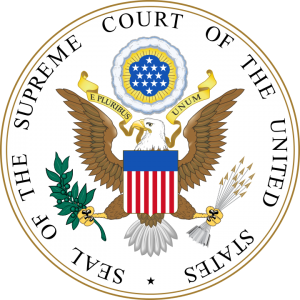 As anyone who has been paying attention knows by now, the Democrats took a severe beating in the 2014 mid-term elections.

Republicans now control both houses of Congress, thus triggering some speculation by the American Bar Association, the New Republic and others that President Barack Obama might have problems getting any U.S. Supreme Court nominations confirmed. The notion, of course, is that congressional Republicans despise Obama so much that they will thwart his attempts to achieve anything.

Putting aside the suggestion that grown men and women in Congress are inclined to govern through spite, it is worth mentioning that blocking Supreme Court nominees might not be the best way to block whatever agenda Obama might have. Simply put, history is full of examples of Supreme Court justices that didn’t work out as planned.

Perhaps the most obvious example of those surprising justices was Harry Blackmun. He was a lifelong Republican who was appointed to the Supreme Court by Richard Nixon and was expected to reflect conservative values in his decisions.

Instead, Blackmun wrote the majority opinion in Roe v. Wade in 1973, thus setting the nation up for decades of fun-filled fights over abortion. Blackmun went on to become one of the more liberal judges on the Court.

Speaking of Roe v. Wade, remember that Anthony Kennedy was appointed by Ronald Reagan and was expected to overturn the aforementioned case and put an end to abortion in the United States. That never happened and Kennedy became a moderate who has based a number of his decisions on Roe v. Wade.

There are just a couple of justices who wound up not entirely on the same page as the presidents that appointed them, but there have been more throughout history. After all, justices are appointed for life and can only be forcibly removed by impeachment. There is no real penalty, then, for not doing what is expected of them.

Meanwhile, Republicans haven’t exactly given Obama’s two Supreme Court nominations a rough time. Both Sonia Sotomayor and Elana Kegan made it through the Senate confirmation hearings with at least some Republican support, so there is no reason to expect the same wouldn’t be true of any other, qualified nominees Obama might appoint during his last two years in office.

Of course, the possibility of things getting contentious always exists and is always ugly. Take the nomination hearings of Samuel Alito, for example. George W. Bush nominated him, John Kerry threatened a filibuster in the Senate and Alito barely made it through that process.

The Alito hearings were an ugly mess. Hopefully, we won’t see that kind of nonsense for a while yet.

This column was authored by Ethan C. Nobles and originally appeared in the Nov. 11, 2014, edition of the Daily Record in Little Rock.