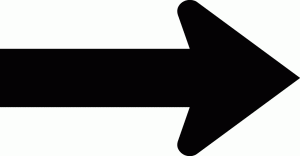 One of the more frustrating things about being a lawyer is trying to explain to clients that “legally right” and “morally right” are not always the same.

In other words, the law sets forth a set of rules by which society can function without falling into anarchy. Morality is a higher standard features rules concerned with how people ought to treat each other.

The two concepts are completely different, yet there is a tendency for people to believe what they define as “right” ought to be in line with the law.

I was reminded of these concepts not long ago when dealing with a probate case. In that case, a father had to children and decided that one of them shouldn’t receive anything from his estate.

So the father put a will together and it specifically names one child and clearly states that child is to receive nothing. The father’s intent was, quite clearly, to award his entire state to only one child.

The slighted child was, understandably, upset upon reading the will.

“That’s not right,” the child declared. “I am entitled to half of my father’s estate.”

Perhaps that child has a point. Perhaps it is not right morally right for a father to cut a child out of his will.

However, that is legally right under Arkansas Law.

The law at issue is Arkansas Code Annotated §28-39-707(b), the pretermitted heir statute. That law states that any children not specifically mentioned in a will shall receive that portion of the estate they would have gotten had the parent died with no will.

In other words, it is only possible to cut a child out of a will if that child is specifically mentioned and the parent makes it clear his or her intent is to leave the child nothing. Without any evidence the parent was unduly influenced to cut the kid out of a will or was not of sound mine when making out the will, the disinherited child is stuck with nothing.

That may not be morally right but it sure as heck is legally right.

And trying to explain that to a child who has been disinherited is uncomfortable at best.

This column was authored by Ethan C. Nobles and originally appeared in the Oct 14, 2014, edition of the Daily Record in Little Rock.