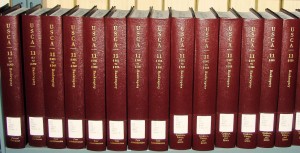 It has come as no surprise to a lot of college graduates – the cost of higher education has gone up and that often means people are carrying more student loans than in the past.

Bloomberg reported in August that attending college costs 13-times more on average than it did in 1978. Meanwhile, U.S. News & World Report found that tuition increased 2.9 percent in 2013 compared to 2012 – the lowest one-year increase since the 1970s – but financial aid has not increased enough to absorb tuition hikes.

Tuition increases didn’t hurt so bad in the past because financial aid from state and private sources generally tracked along with those rising college costs. That situation started to change around 2010, meaning that college kids are taking on more debt than they once did.

A major problem with student loans is that they are virtually impossible to escape. Most students take out federally backed student loans and those have always been next to impossible to discharge in bankruptcy. Until recently, it was possible to get rid of some private student loans, but Congress made sure to change that situation.

James Wyre, a Conway bankruptcy attorney, said he is seeing an increasing number of people in his office that are struggling to pay off their student loans. Quite often, he said, those people have good jobs, but their student loan payments are simply too much to handle.

The solution? Wyre said a temporary one is to file a Chapter 13 bankruptcy and pay off debts through a plan over five years. While that tactic won’t get rid of student loans, a debtor can make smaller payments through the Chapter 13 plan and the lender will have to accept those payments.

Once the plan is over, the debtor will still have to pay on those loans. By then, Wyre said the hope is the debtor is making more money and can handle those loans.

The real problem with increasing student debt levels is the impact they have on the overall economy. A debtor who files a Chapter 13 bankruptcy isn’t going to be in a position to buy a house, car or really anything on credit for a long time.

Wyre said he is seeing more and more people show up in his office that would be in good shape financially but for student loans. That situation isn’t likely to change until the economy improves and brings income levels up with it.

This column was authored by Ethan C. Nobles and originally appeared in the Oct. 7, 2014, edition of the Daily Record in Little Rock.