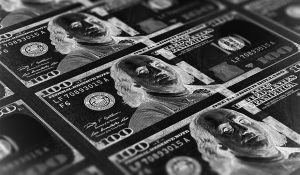 Thanks to a record-setting $1.3 million spent on Arkansas judicial races this year, voters may soon be asked to decide whether justices should be appointed rather than elected.

There is some merit to a system through which appellate justices are appointed. In the latest round of elections, a lot of “dark money” was spent on two state Supreme Court races. Most of that went toward the race between Courtney Goodson and Dan Kemp – a race in which Goodson was simply shellacked.

Fingers have been pointed at a so-called dark money group that spent plenty of cash running down Goodson. The argument is that voters rarely know much about appellate judicial candidates and that money from dark money groups clouds the issue even more by spending money to influence voters who have little information about candidates.

Dark money, of course, refers to funds raised by groups that don’t have to identify donors.

In a way, appointing judges makes sense. When you see hundreds of thousands of dollars being spent on one judicial candidate or another, that should raise some concerns. Donors rarely direct dollars toward candidates for the heck of it – they often want something for their investment.

The last thing we need is a bunch of justices beholden to special interests. It’s doubtful we’ve arrived at that point yet, but it could happen if donations increase and the influence of donors grows proportionally.

A real problem with appointing justices is that the state Constitution would have to be changed to allow justices to be appointed. Also, there’s the notion that voters should have some input in selecting justices.

Still, the Senate Judiciary Committee is looking into the issues surrounding the election of justices and the state Supreme Court has announced the formation of a committee to look into possible reforms.

As an aside, it’s worth noting that Goodson is one of the people on that Supreme Court committee. Who’s willing to bet she’s not a fan of dark money and the influence it has on judicial elections?

Regardless, it’s hard to argue that dark money is a real problem in judicial elections. A good number of ads blasting Goodson were so full of half-truths and misleading information that they bordered on libel. Hopefully, we can all agree that sort of nonsense should end.

This column was authored by Ethan C. Nobles and originally appeared in the April 11, 2016, edition of the Daily Record in Little Rock.