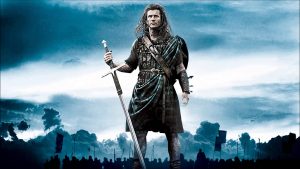 People who would like to have free access to state and federal case law may get their wish if Harvard’s law library completes its “Free the Law” project.

According to the ABA Journal, Harvard is scanning books in hopes of making most its library available on the Internet in 2017. Anyone wanting to test the effectiveness of that system should have the chance to do so by the end of this year as Harvard plans on having California and New York cases online soon.

A fascinating aspect of this service is that it sounds a heck of a lot like something that could be a good substitute for case law databases that practicing attorneys throughout the nation subscribe to currently. Harvard has the largest U.S. law library to be found anywhere and if virtually all of it is made available, then it stands to reason that it could replace those subscription-based products that can be quite expensive.

That is, of course, if the case law is easily searchable. The folks at Harvard claim it is and, what’s more, it seems that people can even Shepardize cases as they research them (i.e., one can see where a particular case has been sited, overturned or etc.).

This particular project is financed by a company called Ravel Law which hopes to make money by charging for certain analytical tools. Regardless, it is intriguing that such a huge database will be available for free, particularly since attorneys are usually stuck slogging through books at law libraries or firing up legal research packages to have access to the information Harvard wants to make available for free.

Still, none of the current free sites out there appear to hold a candle to what Harvard is trying to make available. Searching cases and statutes is one thing, but having the ability to see where those have been cited and how the legal principals established in them have evolved over time is impressive.

One thing very comforting is that Harvard isn’t getting rid of the books after they have been scanned in and added to the database. Instead, those books are being shrink wrapped and – according to a college official – stored away in case the apocalypse (zombie or otherwise, we’ll assume) comes and wipes out the digital database.

So, if you’ve ever had the desire to search piles of case law for free, just keep keying in the “Harvard Free the Law project” into your favorite search engine for updates on how that effort is going.

This column was authored by Ethan C. Nobles and originally appeared in the Nov. 2, 2015, edition of the Daily Record in Little Rock.