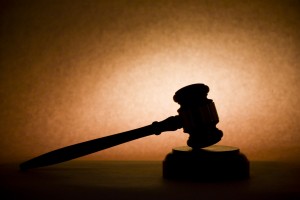 Ever since the criminal eviction statute was declared unconstitutional in Pulaski County, I’ve gotten quite a few calls from landlords in that county wanting to evict people through the good old civil process.

One of the most frequent questions I get is whether landlords can collect past due rent from a tenant through the civil eviction process.

Here’s what I mean by that – if a tenant is so far behind on his or her rent that a landlord grows concerned about past due rent, what are the chances of collecting a judgment? Sure, you can get a judgment for past due rent, any damages done to the dwelling and even attorney’s fees but that won’t mean a whole lot unless there are wages to garnish or some assets around that can be attached.

Bear in mind that there is absolutely nothing wrong with seeking monetary damages against a tenant through an eviction. A judgment is generally good for 10 years, so it’s not like the judgment will be rendered moot if the former tenant can’t pay court ordered damages immediately.

Still, the main point of an eviction is getting someone out of a property so that it can be rented again. The thing about civil evictions is that they are bifurcated – getting someone removed from a dwelling is the quicker part of the process while pursuing and collecting a judgment takes more time.

Getting someone removed from a home involves getting a writ of possession giving the landlord the right to gain entry to the dwelling and get help from the local sheriff’s office if the tenant refused to leave. If all goes well, a tenant can be sent on his or her way in less than two weeks after the eviction process starts.

Of course, I caution clients to not concentrate too much on that two week estimate – I’ve seen it take a month or more to remove a tenant from a dwelling. Simply put, you can’t do much in the way of renting out a property to another tenant if a nonpaying one is refusing to leave the property. That being the case, the emphasis should be on removing the tenant quickly and then worrying about collecting damages later.

So, I invariably tell my clients to go ahead and push for monetary damages if they want and my office will do what it can to help collect them. Regardless, landlords need to know up front that getting a judgment is one thing and collecting it is another. The most important thing is removing a nonpaying tenant and that part of the process works very well. Collecting past due rent, attorney’s fees and compensation for property damages is typically tricky by comparison.

This column was authored by Ethan C. Nobles and originally appeared in the April 28, 2015, edition of the Daily Record in Little Rock.