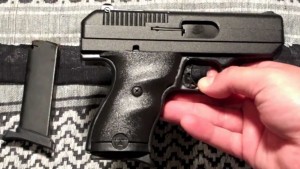 A few months ago, I wrote a column about the “open carry” issue in Arkansas and likely raised more questions than I answered (based on some emails I received, at least).

For those keeping score at home, there are plenty of people in this state who declare that they have an absolute right to carry handguns openly. Some of them rely on Act 746 of 2013 which amended Arkansas Code §5-73-120 to define the offense of carrying a weapon if he or she has a club, gun or knife in their possession or in their vehicle with the intent of using it to unlawfully use it against a person. The amended language, after all, seems to suggest that it is OK to carry a weapon so long as it is not you don’t grab one with the intent of using it against someone

Still, others claim that the Second Amendment of the U.S. Constitution effectively gives us the right to carry weapons openly. Again, there are some great arguments to support that view.

Also, some cite the opinions of state Lieutenant Governor Tim Griffin and state Attorney General Leslie Rutledge who have both said that Act 746 does appear to authorize open carry in Arkansas. Those opinions ought to carry some weight, right?

But the issue is far from clear because of one, very important thing – we still don’t have clear authority declaring that Arkansas is an open carry state. Since 2013, open carry proponents have waited for the Arkansas Supreme Court to settle the issue and that hasn’t happened yet.

Shortly after Act 746 was passed, former state Attorney General Dustin McDaniel issued an opinion stating that he didn’t believe the new law allowed for open carry. He pointed out that open carry is only really allowed under the law for people who are on a journey.

So, what is a journey? Act 746 defines a journey as a trip in which someone travels outside of his or her county, and McDaniel said one can only be said to be on a journey if that person is traveling in a vehicle. In other words, it is OK to have a weapon within reach if you happen to be driving in Arkansas outside of your home county. However, you’d better make sure that weapon is out of reach in your vehicle as soon as you return to your county of residence.

Oh, and don’t go walking around with a gun strapped to your hip whether you are in your home county or not (unless, of course, local law enforcement officials believe Arkansas is an open carry state). McDaniel said open carry is only OK if you are in a vehicle.

Until the court clarifies this mess there is only one way to carry a handgun legally throughout the great state of Arkansas – go get a concealed carry permit. Otherwise, you could risk arrest and that is too bad as this is an issue that really should have been settled once and for all right after Act 746 became law.

Hopefully, we’ll see that clarification sooner rather than later.

This column was authored by Ethan C. Nobles and originally appeared in the Aug. 25, 2015, edition of the Daily Record in Little Rock.