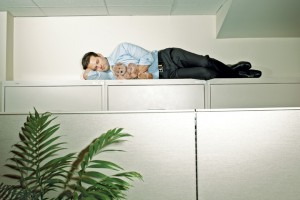 Ever since a Pulaski County Circuit Judge ruled the state’s so-called criminal eviction statute unconstitutional, there has been some controversy and confusion over that particular law.

I’ve heard it said a couple of times that a prosecutor refusing to enforce the criminal eviction statute is simply refusing to do his job. That might not be the case at all.

Putting forth a little background before talking about the criminal eviction statute is important. The statute at issue here is Arkansas Code Annotated §18-16-101, which is commonly known as the “failure to vacate” law.

That statute provides that someone who refuses or fails to pay rent when due forfeits all right to occupy the land or residence subject to a lease. The landlord is to provide a notice giving the tenant 10 days to surrender the property or face the possibility of being charged with a misdemeanor. The tenant can plead not guilty to the charge of refusal to vacate, but he or she must deposit the total amount of rent due into the registry of the court and keep paying them while the case is pending

Pulaski County Circuit Judge Herbert T. Wright, in the case of State of Arkansas vs. Artoria Smith, ruled earlier this year that the refusal to vacate statute is unconstitutional. He pointed out that there are plenty of civil remedies available to landlords sealing with nonpaying tenants, that criminalizing nonpayment of rent violates the U.S. Constitution’s Eighth Amendment prohibition against cruel and unusual punishment and that the threat of jail time that comes with a conviction violates the Arkansas Constitution’s prohibition against debtors’ prisons.

Wright also pointed out that the failure to vacate statute does not, in essence, remove a holdover tenant from the property at issue. Instead, Wright said the law is little more than a way for a landlord to threaten a holdover tenant with criminal charges if he or she refused to leave. In order to physically remove the tenant, Wright said, a landlord would still have to go through the civil remedies available.

The result of Wright’s ruling is that the failure to vacate law was ruled unconstitutional in Pulaski County. However, that ruling has made an impression upon other courts and prosecutors throughout Arkansas.

The point? Merely saying a prosecutor who refused to enforce the failure to vacate state is simply refusing to do his job is not quite accurate. There are courts in this state that won’t enforce the statute and prosecutors who agree with Wright that the statute violates both the Arkansas and U.S. constitutions.

To see Wright’s case for yourself, point your favorite Internet browser to http://tinyurl.com/nmx4wrt.

This column was authored by Ethan C. Nobles and originally appeared in the Oct. 26, 2015, edition of the Daily Record in Little Rock.