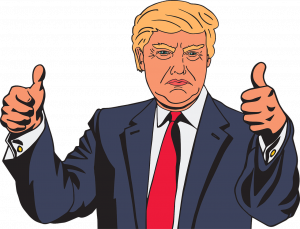 I have rarely run across anyone excited about filing for bankruptcy, but a hard truth is that consumers in danger of losing their homes to foreclosure may want to seriously consider that option.

Debtors wanting to keep secured debts such as houses and cars can do so as long as the lender agrees to reaffirm those debts.
In a Chapter 13 case, debtors pay into a plan for about five years and that money is used to pay off their debts. Through that plan, unsecured creditors generally get a few cents on the dollar while priority and secured debts typically get what is owed to them through the plan.

While a Chapter 7 case can be preferable, there are some advantages to Chapter 13 when it comes to dealing with a pending foreclosure. In a Chapter 7 case, the debtor must enter into a reaffirmation agreement with creditors – a bank is far less likely to consider one of those agreements if a homeowner is far behind on his mortgage.

Michael W. Langley, an attorney with the Barber Law Firm in little Rock (www.BarberLawFirm.com), said both chapters do offer some protection because an automatic stay goes in place as soon as a bankruptcy petition is filed. That stay means that creditors can’t engage in collections attempts, foreclosure proceedings or any other way to take property or money away from debtors without first going through the bankruptcy court.

In a Chapter 13 case, Langley said there is a good chance a mortgage bank will agree to a plan in which arrearages are paid and the debtor keeps up with his or her house payments through the life of the case and afterward.

He said banks don’t want to take homes back – if someone has the ability to pay arrearages and future mortgage payments, they probably won’t object to letting a debtor keep a home and keep paying on it.

This column was authored by Ethan C. Nobles and originally appeared in the June 16, 2015, edition of the Daily Record in Little Rock.