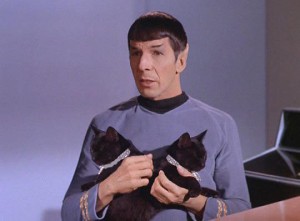 I was reminded by a very client of mine the other day that a lot of lawyers aren’t very good at explaining things.

I was the guilty party in this case as I had failed to explain that civil eviction is a bifurcated process and what that actually means. I became aware of all this when the defendant was enraged because she thought she had more time to stay in the home she was renting and the owners of that house were wondering if they had to start a new action to collect back rent and damages.

So, in hopes of clarifying things a bit, I figure this is as good a time as any to explain how the civil eviction process works and what a bifurcated process is. Essentially, a civil eviction proceeds in essentially two phases – securing a writ of possession and collecting damages. Both of those phases are wrapped up in the same case.

Initially, the landlord needs to secure a writ of possession. When an eviction suit is filed, the court issues a notice of its intent to issue the writ of possession unless the tenant files an answer and/or pays back due rent into the registry of the court within five days. Those five days, by the way, do not include Sundays or legal holidays, but Saturdays are included.

If the tenant does not file an answer within five days, then the landlord can ask the court to issue a writ of possession. That writ must be served on the tenant, who has 24 hours to leave the property. If the tenant still won’t leave, the local sheriff’s office will do a civil standby in which the tenant is escorted from the property – that’s usually a good time for the landlord to install new locks, by the way.

Now, here’s where things get confusing. Along with the notice of intent to issue a writ of possession is served a summons in which the tenant has 30 days to file an answer to the landlord’s complaint for damages.

The confusion sets in because a lot of tenants ignore the notice and instead concentrate on the summons and believe they have 30 days to leave the property. That confusion often results in lot of yelling and angry phone calls when the writ of possession is served on a tenant who isn’t expecting it.

So, why is the eviction process bifurcated under Arkansas laws? The idea is that the landlord needs to first get possession of the property before he or she can really get an idea of what their damages actually are. Sure, there is back due rent owed but the tenant can also be sued for physical damage to the property. There is usually no way to get a handle on how much those damages cost unless the landlord can actually inspect the property.

Still, a lot of landlords think the case is over as soon as they get possession of the property. Often, that is the case because collecting money from evicted tenants can be difficult and some landlords don’t want to go through the trouble of it. Getting a judgment is pretty easy, but actually getting any money out of a former tenant is often not.

There are other landlords, however, who do want to collect their past due rent, money to cover the physical damage to property and the court costs and attorney’s fees they’ve spent pursuing the action. If they want to pursue those damages, they are certainly free to do so in the same case.

This column was authored by Ethan C. Nobles and originally appeared in the June 30, 2015, edition of the Daily Record in Little Rock.