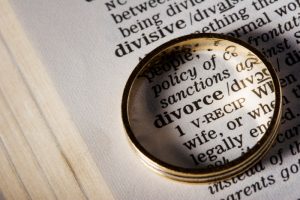 Earlier this month, the Arkansas Supreme Court issued a ruling that could substantially change the way state courts have defined marital property for years.

The Supreme Court’s opinion at issue was released on March 10 and the case is Moore v. Moore, 2016 Ark. 105. While a number of issues were raised in that case, the most significant one has to do with the way courts have traditionally treated increases in value of nonmarital property.

Simply put, courts have consistently viewed property acquired before a marriage as nonmarital, but increases in value of that property have been viewed as marital. In the Moore case, the property in question was a business that the husband owned prior to the marriage.

The Logan County Circuit Court found that business was, indeed, nonmarital property but noted the company had increased in value to the tune of $556,365 during the marriage. The Logan County court determined that the wife was entitled to half of the increased value of the company.

While that language does seem very clear, the problem is that courts have defined marital property in accordance with Layman v. Layman, 292 Ark. 539, 731 S.W.2d 771 (1987). That case has been around for about 30 years and is the one that found marital property included the increase in the value of property acquired prior to the marriage.

The Moore ruling states that analysis violates the plain meaning of A.C.A. §9-12-315(b)(5), in essence throwing 30 years of precedent out the window. While the Moore ruling makes a lot of sense when analyzed in light of how the statute at issue actually defines marital property, that case is sure to cause problems in divorce cases throughout Arkansas.

For the past 30 years, attorneys and courts have defined marital property in light of the Layman ruling, but now things have changed.

Of course, the law is rarely absolute and the Moore ruling recognizes that nonmarital property can still be divided under A.C.A. §9-12-315(a)(2) if the court finds it is equitable to do so because of factors such as the length of the marriage, employability of both parties, vocational skills, etc.

In other words, the wife in Moore may have been able to make a good argument for half of the increased value of her husband’s business if there was a significant difference in income or something along those lines. Absent those factors, however, Moore makes it clear that the old analysis under which nonmarital property could become marital no longer applies.

This column was authored by Ethan C. Nobles and originally appeared in the March 21, 2016, edition of the Daily Record in Little Rock.