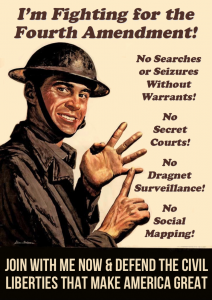 There are times when cases show up in my office that are almost too bizarre to be believed.

I got one of those recently and the odd thing about it is that it seems my client’s Fourth Amendment rights were clearly violated and we’re in the rotten position of proving someone’s innocence. Typically, it’s up to the government to prove there was some wrongdoing that allowed it to take action.

The scenario here is that an Arkansas resident has shipped packages often to a relative in another state. The most recent package contained some money and the U.S. Postal Service seized it.

While some can argue it’s not wise to send cash through the mail, that is beside the point. The U.S. Supreme Court established a long time ago that we have a reasonable right to privacy when it comes to letters sent through the mail, meaning the Fourth Amendment protections against unreasonable searches and seizures apply.

My client found out the hard way that there is a large exception to that general rule – if the U.S. Post Office believes there’s some cash or property being sent through the mail that was directly tied to a felony then it can seize it. The problem in my client’s case is that there have been no credible allegations of felony activity – it appears an overzealous postal inspector simply decided to grab a package and cause a lot of trouble.

My client received a letter stating that the cash has been seized and the only way to get it back is to file a petition with the Postal Service asking that it be released. The petition must contain a statement describing why the cash should be returned and that is an odd thing – the presumption is that my client was guilty of something and it is up to us to prove the government wrong in that regard. My client, in other words, did nothing wrong and now has to pay an attorney to reclaim property that I don’t believe was properly seized in the first place.

In talking to the postal inspector who seized the cash, I was told that the volume of correspondence made him wonder about what my client was doing. He pointed out that he had evidence of 60 “labels” sent from my client’s address to the aforementioned relatives over the past few years and that just looked suspicious.

If sending packages and letters to a close relative is enough to cause a postal inspector to seize something and keep it, then a lot of us are in trouble. My wife and I send packages regularly to our son who is in the Navy, so does that mean a postal inspector can determine that we’re up to something, grab some of our son’s mail and then force us to prove we’re not engaging in criminal activity before it can be released to us?

I certainly hope not, and it is more than a bit depressing to realize that the privacy we think we have when we send items through the mail may not be as absolute as we’ve been led to believe. It’s also intriguing to think that the U.S. Postal Service is pulling stuff like this at a time when we often hear about budget shortages and how much business it is losing.

This column was authored by Ethan C. Nobles and originally appeared in the May 2, 2016, edition of the Daily Record in Little Rock.