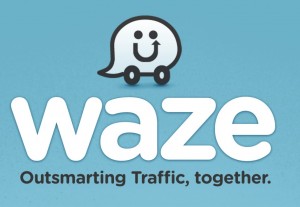 A story the Associated Press (AP) ran about a popular smartphone app serves as yet another reminder that technological advances often raise legal issues that courts will have to struggle with sooner or later.

The app in question is Waze (www.Waze.com), a GPS-based navigational program owned by Google and available for Apple iOS Google Android (of course) and virtually any smartphone operating system out there. Waze has a social aspect to it in that users can update their fellow motorists about local traffic conditions.

Naturally, motorists are using Waze to warn people if they come across speed traps. The fact the Waze app allows for those warnings has, of course, proven less than popular with the law enforcement community.

The National Sheriffs Association is calling on police officers across the nation to come together and convince Google to remove from the app the ability to identify speed traps and where police officers are located. That association has also hinted that it will pursue litigation and legislation to force Google to modify the app should the technology company refuse to do it voluntarily.

Google has responded by claiming the Waze app actually promotes safety. The theory there is that people who have the app and are notified of potential speed traps slow down and safer driving means fewer accidents.

So, who is right? That may be for either the courts or lawmakers (or a combination of both) to decide.

Meanwhile, the AP reports another group calling itself the Center for Democracy and Technology is concerned that Waze has the potential to violate the privacy of motorists because of the information that can be shared about them. I’m not quite sure what all of that means and what the concerns might actually be, but it sounds like the kind of thing that will get some people hot and bothered.

And here’s something else to consider. Let’s say that someone has the Waze app installed and they are commuting to work in Little Rock from Benton in I-30. That person sees a state trooper waiting on the side of the road so he fires up the Waze app to report the potential speed trap.

Because he is not paying attention to the road, he causes one of those horrible, rush hour traffic accidents involving 10 cars before it is all said and done. So, you’ve got injuries and half of Saline County backed up behind the accident. Fortunately, the accident is worked pretty quickly because there was already a cop on the scene.

Throw in enough Waze-related accidents and we will again be reminded about the evils of using cell phones while driving. Such public awareness could lead to legislation, lawsuits and more than a few annoying public service announcements.

But none of the issues or potential issues around Waze should be surprising. The law has had to adapt to accommodate plenty of technological advances over the years.

This column was authored by Ethan C. Nobles and originally appeared in the Feb. 3, 2015, edition of the Daily Record in Little Rock.