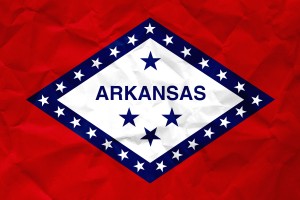 That’s been reported more than a few times over the past couple of weeks, so I’ll not dwell on the reasons for Wright’s ruling too much. If you want to read the judge’s decision in full, visit tinyurl.com/n6s2p5t. It is worth mentioning, however, that the ruling only applies to Pulaski County but you just know the same issue will be considered in other counties sooner or later.

It is also worth mentioning that Arkansas has the only law in the nation that makes failure to pay rent a criminal offense. But, it is well established that there are a good number of prosecutors here in the Natural State that don’t prosecute renters under the law for a myriad of reasons ranging from qualms about the constitutionality of the statute to the quaint notion that it ought not be a criminal offense to go against the terms of what amounts to being a contract.

That last point suggests that failure to pay rent is primarily a civil matter and Arkansas does have a civil eviction statute on the books that works pretty well. The criminal statute essentially requires a landlord to give a tenant a notice informing him that he has 10 days to leave for failure to pay rent.

If the tenant doesn’t leave, the state can levy a fee of $25 for every day that he or she refuses to vacate the rental property. Notice that the law does not require the state to boot the tenant off the premises – the state can only fine the holdover tenant $25 a day.

That is vastly different from the civil eviction statute in a number of ways. For one thing, the criminal statute can only come into play if a tenant is behind on his or her rent. The civil eviction statute lets the landlord start the eviction process for any significant breach of the lease and try to collect back rent, attorney’s fees, money to fix damage to property and pursue other civil remedies.

The civil eviction process is also faster than the criminal statute.

So, how does a landlord start that civil eviction process? The whole thing starts with a notice to the tenant that he or she has three days to vacate the premises. The day the notice is delivered, by the way, counts as one of those three days.

If the tenant will not leave after three days, the landlord (or, more accurately, his or her attorney) can sue the tenant for unlawful detainer and request the court to issue a writ of possession. That writ will be issued if the tenant has filed no answer to the complaint within five days of being served with the notice.

In most cases, then, a landlord can use the civil process to evict a tenant within a couple of weeks. After the landlord takes possession of the premises, he or she can choose to keep on with the lawsuit and pursue the tenant for damages with the intent of garnishing wages if a judgment is awarded.

Again, the criminal eviction statute has been ruled unconstitutional in only Pulaski County so far. Even if that decision stands and other counties follow suit, we still have a very efficient civil eviction statute on the books. Landlords who haven’t looked into it before may want to become familiar with the statute and how it works.

This column was authored by Ethan C. Nobles and originally appeared in the Feb. 10, 2015, edition of the Daily Record in Little Rock.