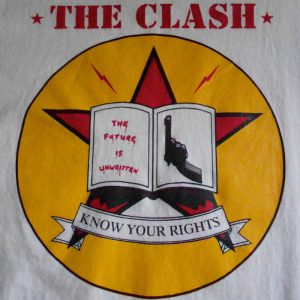 A case out of Maryland stands as clear evidence of why it is so important for courts to pick the correct standards of review when deciding if government action violates the rights of citizens.

Legislators in Maryland passed a law banning high-capacity magazines and assault rifles. Naturally, an irate citizen filed suit and asked the court to review the law. When courts are asked to review government actions, they use one of three standards – strict scrutiny, intermediate scrutiny or rational basis.

A Baltimore judge who was asked to review the law applied the intermediate scrutiny test and found that the ban was fine. The 4th Circuit Court of Appeals, however, disagreed and decided the Baltimore court should have used the strict scrutiny test because the ban takes away the Second Amendment right to keep and bear arms in some instances.

Whenever a law impedes on a Constitutional right, courts have consistently held that the strict scrutiny standard should be used. Courts don’t say that rights can’t be limited, but the government must have a good reason to do so. A classic example is whether someone can yell “fire!” in a crowded movie theater. The First Amendment does guarantee free speech to citizens, but using it to cause a stampede in a theater for the sheer heck of it isn’t protected speech – that’s what courts have held, at least.

Another good example is that controversial Roe v. Wade case that essentially found a right to privacy exists and that it guarantees that women can choose to have abortions. Because the Supreme Court found that the right to privacy is guaranteed by the Constitution, then strict scrutiny must be used when reviewing laws that limit a woman’s decision to have an abortion.

And that strict scrutiny standard is the very thing that makes it difficult to keep people from exercising their Second Amendment rights, prevent women from getting abortions, etc. That high level of review is precisely why people want the Supreme Court to find more rights tucked away in the constitution – it is very difficult for the government to take away a right.

This column — part of the Practical Lawyer series — was authored by Ethan C. Nobles and originally appeared in the Feb. 15, 2016, edition of the Daily Record in Little Rock.