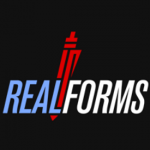 On September 25, the Arkansas Supreme Court upheld a May 2012 judgment from the Washington County Circuit court ordering the Arkansas Realtors Association (ARA) to pay $150,000 for breaching a contract with Real Forms Arkansas.

The contract at issue was entered into in 2010 by Springdale-based Real Forms and the ARA. Real Forms was under a five-year contract to provide real estate contracts software to the ARA which would be sold to Realtors throughout the Natural State. The contract would have generated at least $600,000 in revenue for Real Forms.

The contract was terminated by the ARA in early 2011 and Real Forms Arkansas responded by suing the trade group. After a jury trial, the court ordered the ARA to pay $150,000 to Real Forms and the ARA appealed that decision to the state Supreme Court.

David and Matt Hudson were the two principal officers of Real Forms. David Hudson said the money was scheduled to be released to his brother and him on Thursday. He said the actual amount the brothers are to receive is around $185,000 — the original $150,000 plus about $35,000 in interest that accrued at 10 percent per year while the case was on appeal.

The Supreme Court decision did uphold the judgment, but remanded the case to Washington County Circuit court on the issue of attorneys fees. The lower court awarded no attorneys fees to Real Forms although state law states that the prevailing party in a breach of contract action can ask for those fees from the losing party.

The Supreme Court pointed out it is within the trial court’s discretion to either award attorney’s fees or not, but that the circuit court gave no explanation as to why it had decided not to direct the ARA to pay Real Forms’ attorneys. Without that explanation, it is not possible to determine whether the trial court had a good reason to not order the ARA to pay those fees, the Supreme Court opinion states.

Click here to read the Supreme Court opinion in its entirety. Click here for some past coverage on this lawsuit reported by First Arkansas News.

The above article originally ran on Oct. 9 at First Arkansas News.