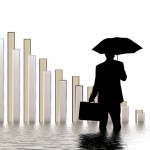 American Bar Association numbers show that national law school enrollment for the 2013 academic year had reached it’s lowest since 1977 with a mere 39,676 entering students – 8.1 percent down from an enrollment of 43,155 the previous year.

Just do some research about declining enrollment at law schools on the Internet, and you will run across a number of articles in which people express their dismay about the decline and wonder what’s happening. You will also find plenty of predictions that enrollment will drop in the fall by around 8 percent again.

One has to wonder why people are confused about the past declines and the projected ones. Keep in mind that law schools are part of the same trend that has hit education over the past few years. Tuition is rising everywhere, salaries have remained more or less stagnant in the wake of the so-called Great Recession and government-back student loans have not kept up with the increases.

According to an article that ran last year in U.S. News and World Reports, tuition increases are slowing but still happening. But past increases have all but eaten through boosts in federal loans and grants, meaning that the cost of sending a kid through college is on the rise.

At the same time, consumer confidence is still low and some students are questioning whether taking out thousands of dollars in student loans is worth it. Look at it this way. Let’s say a student gets out of college with $50,000 in student loan debt. That debt is not dischargeable even in bankruptcy, so the graduate is stuck with it. Absent a pretty good job after graduation, the graduate is in trouble. It takes a lot of confidence, indeed, to jump into a situation like that.

In an atmosphere where people question the health of the job market – particularly for new graduates – is there any wonder enrollment in college is increasing only slowly? That being the case, why should law school be any different?

Sure, there are some questions about the availability of jobs for law students but those concerns are pretty much universal these days. Law students – prospective or otherwise – aren’t alone in worrying about whether they will be able to find jobs after graduation.

Besides, these are the types of trends we expect to see while the economy is still bouncing back, tuition is still trending up and people are worried about what jobs might be waiting for them down the road.

Now, I don’t want to come out all negative when it comes to job prospects for law students. There is some good news there, but that’ll wait until next week.