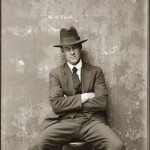 Legal Aid of Arkansas has been busily promoting Act 1460 of 2013, popularly known as the Comprehensive Criminal Records Sealing Act that went into effect on Jan. 1.

What is that law and what does it do? According to Brad Cazort, the administrator of the Repository Division of the Arkansas Crime Information Center, the law is an attempt to address the mishmash of laws on the book that dealt with sealing criminal records.

There are some laws that have been on the books for some time that Act 1460 doesn’t touch, however – the Arkansas Drug Court Act, laws dealing with sealing juvenile records, the Community Punishment Act and the First Offender Act. All of those laws already deal with sealing criminal records.

Prior to Act 1460, figuring out which laws dealt with sealing records for which crimes was a tough task and there was rarely a straightforward task for getting that done. Also, one act might seal a criminal record and then another act made it possible to unseal it. Act 1460 simplifies the process and makes it clear both who is eligible to have a criminal record sealed and how to go about getting that task done.

Cazort said another thing Act 1460 did was eliminate the term expungement from the books even when it comes to the aforementioned laws that were relatively untouched by the new law. Expungement is not, and never has been, accurate because no criminal conviction has ever been removed to the point where it is not discoverable by law enforcement and other agencies.

The term sealed is more accurate because it means that an employer running a criminal background check through the state of Arkansas will not find a conviction if it has been sealed.

Cazort said proponents of Act 1460 hope that sealing certain criminal convictions will make it easier for people who have been convicted and have paid their debts to society to find jobs. A criminal conviction that turns up on a background check can knock some people out of contention for a job, after all.

“That’s a good thing for society,” he said. “We don’t want people getting out of (jail) and then turning around and committing crimes because they can’t find gainful employment.”

Bear in mind that Act 1460 doesn’t make it possible for, say, a convicted rapist to get a record sealed. Instead, the act is aimed at people who have committed lower grade class “C” and “D” felonies, unclassified felonies and most misdemeanors.

In fact, the list of people who can’t take advantage of Act 1460 is fairly comprehensive. People have been convicted of class “Y,” “A,” and “B” felonies or unclassified misdemeanors with the possibility of more than 10 years of jail time aren’t covered by the act. The same goes for people who have spent time as an inmate with the Department of Corrections or have been convicted of a felony for sexual misconduct are also ineligible. Oh, and people who repeatedly wind up with felony convictions can forget about having their criminal records sealed, too.

One more thing. There are employers who can see everything on a state background check regardless of whether a conviction has been sealed. Employers in the nursing, daycare, educational and law enforcement fields are included in that group.

Cozart said another thing to remember is that the law only deals with criminal background checks run through the state of Arkansas. Some employers will attempt to save a buck or two by hiring a discount background check company they’ve found on the Internet and Cozart said some of those companies are great about reporting arrests and convictions but not so good about obeying court orders to seal criminal records.

Again, Legal Aid of Arkansas, Center for Arkansas Legal Services and related groups are promoting the new law as a way to give a second chance to people who deserve it and want to reenter the workforce. Those eligible for having their criminal records sealed can find out more information by visiting www.acic.org on the Internet. Of course, meeting with an attorney about filing a petition to seal a criminal record under Act 1460 isn’t a bad idea, either.

This column was authored by Ethan C. Nobles and originally appeared in the July 15, 2014, edition of the Daily Record in Little Rock.

One thought on “The Practical Lawyer: New law makes it easier to seal criminal records”