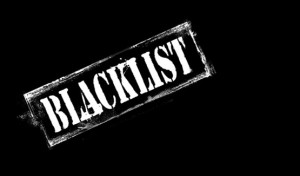 Utah may be the first state in the nation to create an Internet registry for white collar criminals convicted of fraud.

According to the Salt Lake Tribune, the registry will be established by a law that went through the legislature without a hitch and the governor has already said he will sign when it hits his desk. That law is unique in that we’re well familiar with a registry for sexual predators, but scam artists? Well, that’s a new thing.

The Utah law would put scammers on an Internet based registry for 10 years and along with their recent photographs. Who would be on there? Those convicted in Utah of second-degree felony offenses, including money laundering; theft by deception; communications, insurance, mortgage or securities fraud; and unlawful dealing of property by a fiduciary, will be listed on the website for at least 10 years, along with their recent photographs.
The impact of the bill establishing that registry – assuming it become law – will be intriguing because it raises a lot of questions. For example, will it stigmatize people who have paid their debt to society and are trying to make a fresh start? Will it deter people from engaging in fraud or protect citizens from scammers? Will it have any impact at all on Internet-based fraudsters?

That last question is a major one because anyone who has an email account knows that scammers send scads of junk through that channel of communications. Having something to crack down on those things would be fantastic, but one has to wonder if the Utah law will put a dent into the activities of email scammers.

Here’s the thing about email scams – the folks who perpetrate them generally hit fast and then vanish before law enforcement can react. While setting up an Internet directory of those who defraud people the old fashioned way might be a way to expose some of those rip-off artists, it probably won’t do much about Internet-based scammers.

That is too bad because online fraudsters are common as sin. If you can’t catch them, charge them and convict them, then they’ll not appear on the Utah list.

And that raises a question. If Internet-based fraud is a major problem, how much good is a law that doesn’t do much (if anything) about it? And does that law really protect the public?

The Utah law raises a few questions, and the great thing about that is those of us in other states can sit back, watch and see how effective the law actually is before trying something similar.

This column was authored by Ethan C. Nobles and originally appeared in the March 17, 2015, edition of the Daily Record in Little Rock.