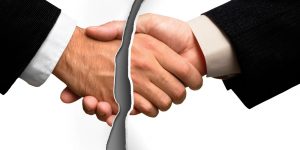 For some reason, it seems there are people out there who don’t truly appreciate the fact that there’s nothing terribly different about a real estate contract.

Here’s what I mean. I got a call about a case last year from the prospective buyer of a property. The buyer was upset because he had entered into a real estate contract with a seller who decided to back out of the deal.

Why did the seller want out of the deal? It seems that she had second thoughts about selling the property because she believed the sale price was too low. It didn’t matter that she had entered into a contract under which she was obliged to follow through on delivering the property to the seller – she had second thoughts and figured that was the end to it.

I told the buyer he had a great case if he wanted to pursue it. He didn’t want to go to court, reasoning that there are plenty of properties out there so why not just find another one and let someone else deal with that particular seller?

In that case, then, the seller got away with backing out of the contract. It didn’t matter that she had wasted the time of a buyer and a couple of Realtors – she decided that her property was worth more money and that was the end to it for her. Clearly, she didn’t take the real estate contract seriously and, in her case, she got away with not living up to her end of the agreement.

One person who won’t be so lucky is a seller who decided she didn’t want to sell her property after the buyers had put the cash for the home in escrow, sold their home and moved into the new house early at the prompting of the seller. That put the buyers in a terrible spot because they had no place to go and the seller didn’t seem to care too much.

In that case, I was able to file suit on behalf of a couple of upset buyers and we should be able to get that buyer to follow through on the contract.

This column was authored by Ethan C. Nobles and originally appeared in the Nov. 23, 2015, edition of the Daily Record in Little Rock.